Why Am I at the Houston Marathon?

To understand why I would travel down to Houston this weekend we have to turn back the clock a little over 20 years. The year is 1998: I’m leading a pretty ordinary, if extraordinarily active, 11-year old’s life—participating in my first speed skating races, running at a competitive level, riding my first two centuries on back to back days—but otherwise, typical 5th and 6th grade life. Wake up, go to school, play with friends, and so on. Except I had headaches. Not just any headaches, but headaches that would wake me up in the middle of the night with searing pain and accompanying nausea and vomiting. Headaches that tended not to go away or respond to any sort of pain remedies. Every so often I’d just get waylaid by one around 2 or 3 o’clock in the morning, and that would pretty much be the story of that day. After a few years of enduring these occasional rude awakenings we sought a formal diagnosis, “Migraines” a neurologist told us. “Classic Migraines.” But over the course of that year, things started to get worse little by little.
Fast forward to January 1999, while walking through my house one night I feel what can only be described as an “explosion” in my head, and I crumple to the floor, completely debilitated by the pain. A few minutes go by before I’m able to gather myself and try to take some Tylenol and ibuprofen and hope things get a little better. I get an appointment for a CT, and for the next week the headache from the “explosion”—though abated—never completely disappears.
CT-scan-Friday had been a rough day in 6th grade. I didn’t get a very interesting part in the class play, and my teacher had given me a hard time about being a bit behind on some schoolwork because of some missed days due to headaches. I distinctly remember looking forward to unwinding that night with some James Bond movies and takeout Chinese food—I just had this CT scan to get out of the way first. My mother takes me to the hospital for the scan, and it goes by like most CT scans do: quickly and quietly. Only afterwards I’m told that we have to go to Children’s Hospital for a follow-up MRI, right away.
We go to the Emergency Room at Children’s for the MRI. This should have been the first bright red flag for me, but at the time, the emergency room is how you got into hospitals. When you crush your pinky finger in a door or hit your foot with a hatchet, you go to the ER and they take care of you. The ER is packed, and we’re initially told the wait is hours. I’m getting hungry, but I’m told that I’m not allowed to eat until after the MRI. Then, only half an hour later, we’re called in for the MRI (hello red flag number two!).
If CT scans are quiet affairs, MRIs are anything but. Especially back then, the experience of having an MRI akin to being put in a torpedo tube that was inside a washing machine full of rocks. The radiologist told me that babies often fell asleep during the scans and offers me some headphones to listen to the radio on. I now know that this is some sort of cruel practical joke they must learn in radiology school. I’m loaded into the torpedo, and the cacophony begins. At some point, probably in the second hour of being in the torpedo tube, I inquire why it was taking so long—I had an appointment with James Bond to keep after all—and my mother tells me that they found a lump in my brain, and they had to scan my entire spine to make sure they found it all. My blood turned cold. I knew that language, just two years earlier doctors found “a lump” in the breast of the mother of one of my grade school friends. She died less than a year later.
So there I was, in the torpedo tube, no James Bond, no Chinese food, and, oh yeah, I’m pretty sure I’m going to die. The date is January 22nd, 1999.
The rest of this story unfolds fairly quickly. I’m admitted (obviously), and two days later surgery is performed to remove the tumor. A few days after that a second surgery is performed—apparently, they missed some of it the first time—but don’t worry, I definitely didn’t leave a tip. I’m in the hospital for just 11-days total, and then I was back at home, now living on the pull-out couch on the first floor, because I didn’t have the strength or coordination to get up the stairs to my bedroom on the second floor. So in a year, I had gone from being able to do anything: speedskating races, champion distance runner, able to ride a bike 100-miles in a day, to having to having to regain the stamina to walk across a room.
Later that year, my mother enlists the help of a neighbor a few years older than me to help me get back into shape. He would take me on runs down a path near the neighborhood and try though I might I could never make it to the end of the path. I would fatigue and have to stop right around a mile into the run, every single time, just a half mile from the turn around point. At that time, that mile-and-a-half run was my marathon. The neighbor who my mother enlisted to help me get back into shape by taking me running went on to become a close friend, we ran track in high school together, and he would later go on to marry my sister. The photo below is a picture of me running with that same neighbor, all these years later. “It’s just like running together 20-years ago!” I excitedly offered at the end of our run. “Yeah, except you’re the one who’s in shape now.” He gasped.

Ian training on Christmas Day with his brother in law.

Now my marathon is not just metaphorical: I’m lining up on Sunday to run the Houston Marathon almost exactly 20-years to the day of my surgery. This run will be a victory parade: a celebration of life with each step, each breath forward. It may go great, it may not go according to plan, but it will be a resounding success no matter what—because to even get to this point, to line up fully prepared for a marathon is my victory.

So this Sunday, wherever you are, whatever you’re doing, join me in celebrating life. Take a moment to appreciate what you’re doing, take a deep breath and smile—I know I will be when I cross the finish line!

“I can’t say enough about how meaningful all of your comments and words of support were all weekend, and especially to help keep a smile on my face throughout my run today. I’d be willing to bet that I was on the podium for amount of time spent smiling during the marathon today. 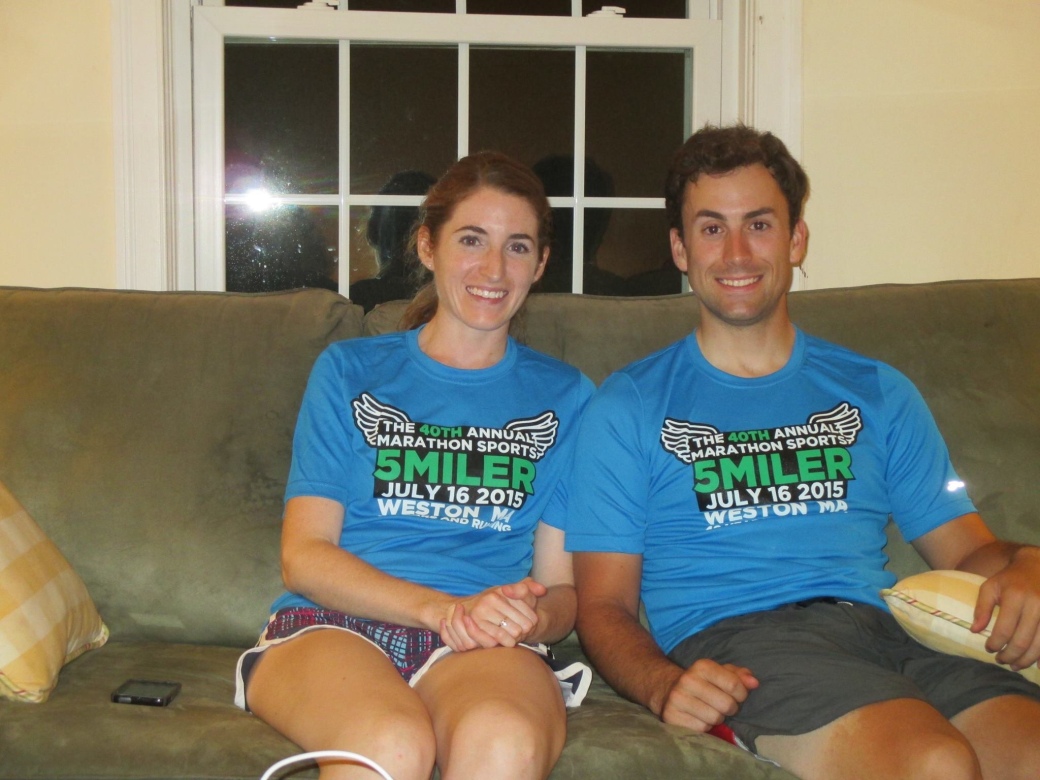 Thank you all, may you never forget what a force for good your words can be, as they surely were for me this morning.

You were the wind under my wings today.”