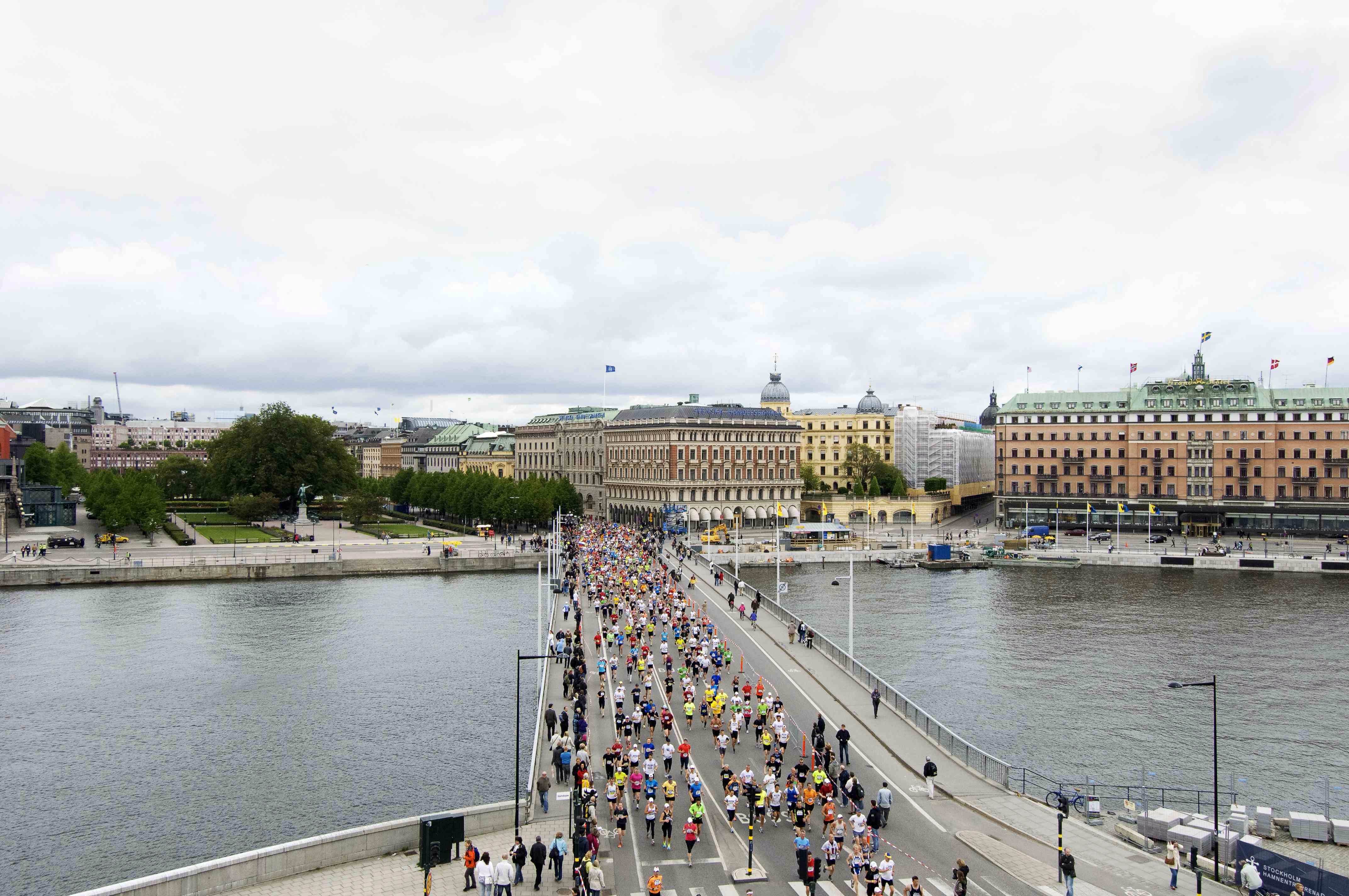 I did my first marathon in 1989. I did run at school and stopped like a lot of people, then in my mid 20’s I started running again. I had been living in London for about 3 years and had always kept fit by cycling around London, oblivious to the traffic. I would be petrified to cycle around London now. After a few months of running I decided to do a half marathon. I looked in the Runners World magazine and decided to enter the Watford Half-Marathon. I sent off for the application form, filled it in and sent it back with a cheque and stamped SAE so I could receive the results. Remember this was the ‘back in day’ where online entry didn’t exist (not for me anyway). I did the half-marathon without any problems. Then of course the obvious next thing is to do was a marathon.

I entered the Stockholm Marathon via the same method as before. I must of only done about half a dozen runs until I did my longest which I think could of been as much as 15 miles!! The next day I had a sore knee which lasted about 6-7 weeks, more or less right up until the marathon. As the event came closer, I thought, I can’t chicken out now, I’ve told everyone I’m doing it, accommodation is booked and my cousin had decided to do it as well. For some reason I decided to work in London even the night before. I flew out on the first flight out of Heathrow to Stockholm. I arrive, took a taxi to the park, where my cousin was waiting for me. He had flew from Monte Carlo for the marathon. I think the marathon started at 1pm in the afternoon. I would never do something so daft nowadays, what if the plane was late?

Anyway, the Stockholm Marathon started. It was amazing Bands, Massages, Drinks, Food all as you ran and a fantastic crowd. I can remember crossing lots of bridges and it seemed to be drizzling with rain for a lot of it. By 18 miles I was knackered and my knee was sore, so there was some walking.

Finally, I got to the Stadium at the end before the 5 hour cut off point. My cousin greeted me with “I thought you were never going to get here, I’ve been waiting for ages.”We walked back to where we were staying. Our accommodation was a boat on the river. I was so, so, so tired. My cousin had to push me out to get something for dinner. We had a McDonalds. The next day we flew home. I was shattered and I thought “never again”. I was not fit and it’s not the way to run a marathon. Did I do another marathon?